Courtesy of Save the Children Uganda
SIL studied the challenging learning situation of students in Uganda refugee camps, like these who are sharing a book.

SIL is exploring how increasing urbanization, globalization and migration are affecting language use among smaller local language communities. A task force is looking at how SIL could shape its strategies and programs to better engage with diaspora populations and those who work among them.

But SIL is not just exploring--it’s also taking some practical steps, specifically for the world’s 25 million registered refugees. In Africa, SIL consultants have recently been involved in an effort to improve the difficult learning situation facing young displaced students in Uganda refugee settlements. The nation is hosting 1.3 million refugees—half of them children—from 13 countries, especially South Sudan, the Democratic Republic of Congo, Burundi, Rwanda and Somalia.

A group of organizations* in Uganda that is looking to improve the education experience for refugee children requested help from an SIL consultant team in Africa, consisting of American Barbara Trudell and Ugandans Prossy Nannyombi and Lydia Teera [shown below interviewing teachers]. With decades of experience in providing practical solutions to language and learning challenges, the SIL consultants were well positioned to help.

For 10 weeks, the team investigated the issues and challenges of providing education in two refugee settlements, where dozens of primary community schools are funded largely by NGOs. Trudell says the Ugandan government welcomes the refugees and wants to see them educated, but it simply can’t deal with the great need alone.

Most refugee students are not reaching acceptable levels in reading comprehension or math. Students also struggle to adapt to Uganda’s national education system and curriculum, including the languages of instruction in the classrooms. These are different from what they are used to in their home countries. As a result, many are dropping out of school. 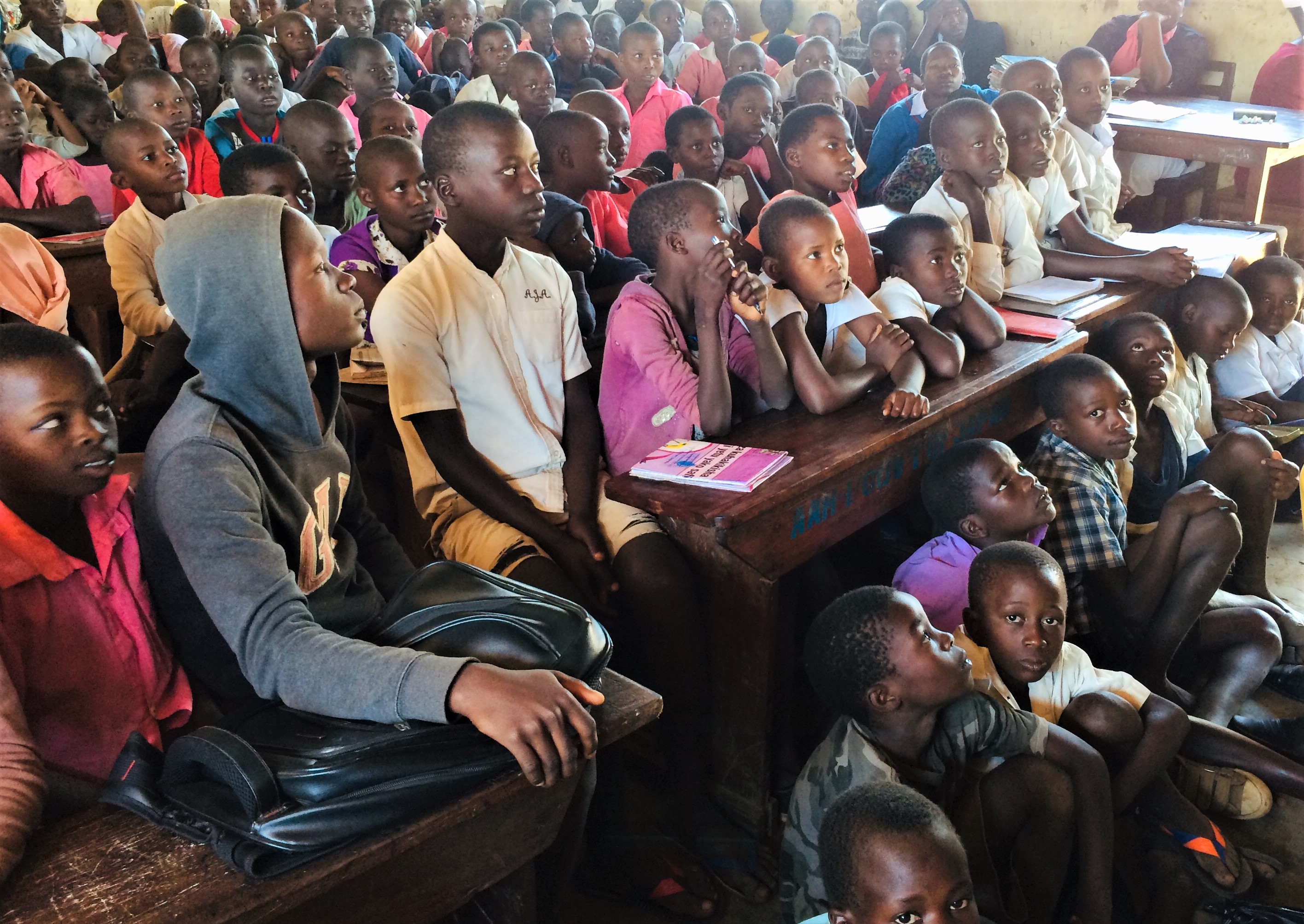 The SIL team’s observations confirmed reports from NGOs of the extremely challenging educational environment in the settlements. “Some classrooms were incredibly overcrowded [see photo at left], with up to 200 children in rooms built for much smaller class sizes,” explains Trudell. “The children are eager to learn, but the sheer number of pupils makes it nearly impossible.

“In many classrooms, textbooks are in very short supply, Often, it is only the teacher who has a book.”

Significantly, the team found that English and the Ugandan languages used to teach the nation’s highly regarded curriculum simply aren’t understood by the refugees. “The language mismatch in the classroom blocks effective student learning and puts classroom teachers in the position of having to manage what is essentially an unmanageable teaching scenario in the classroom,” its report says. “Where neither textbooks nor teachers are available in a language the refugee learner understands, the acquisition and improvement of reading and writing skills is out of reach.” Trudell says parents of children at the refugee settlement schools, who were interviewed by the SIL team, were clearly frustrated.  Said one whose child was doing poorly in school, “I asked my son why the bad results, and the child angrily said, ‘The teacher uses a language that I don’t understand in class. . . .’ Parents here are wondering what the use of education is.”

The study found that stakeholders—support organizations, government oversight bodies, teachers and parents—all agreed that the children would benefit tremendously from being fluent in English and having higher literacy skills. They were keen to know if some sort of bridging program for the students could be the answer.

Taking that cue, the SIL consultant team recommended that a program be created to help refugee children span the language gap in their education and more successfully integrate into formal schools by: 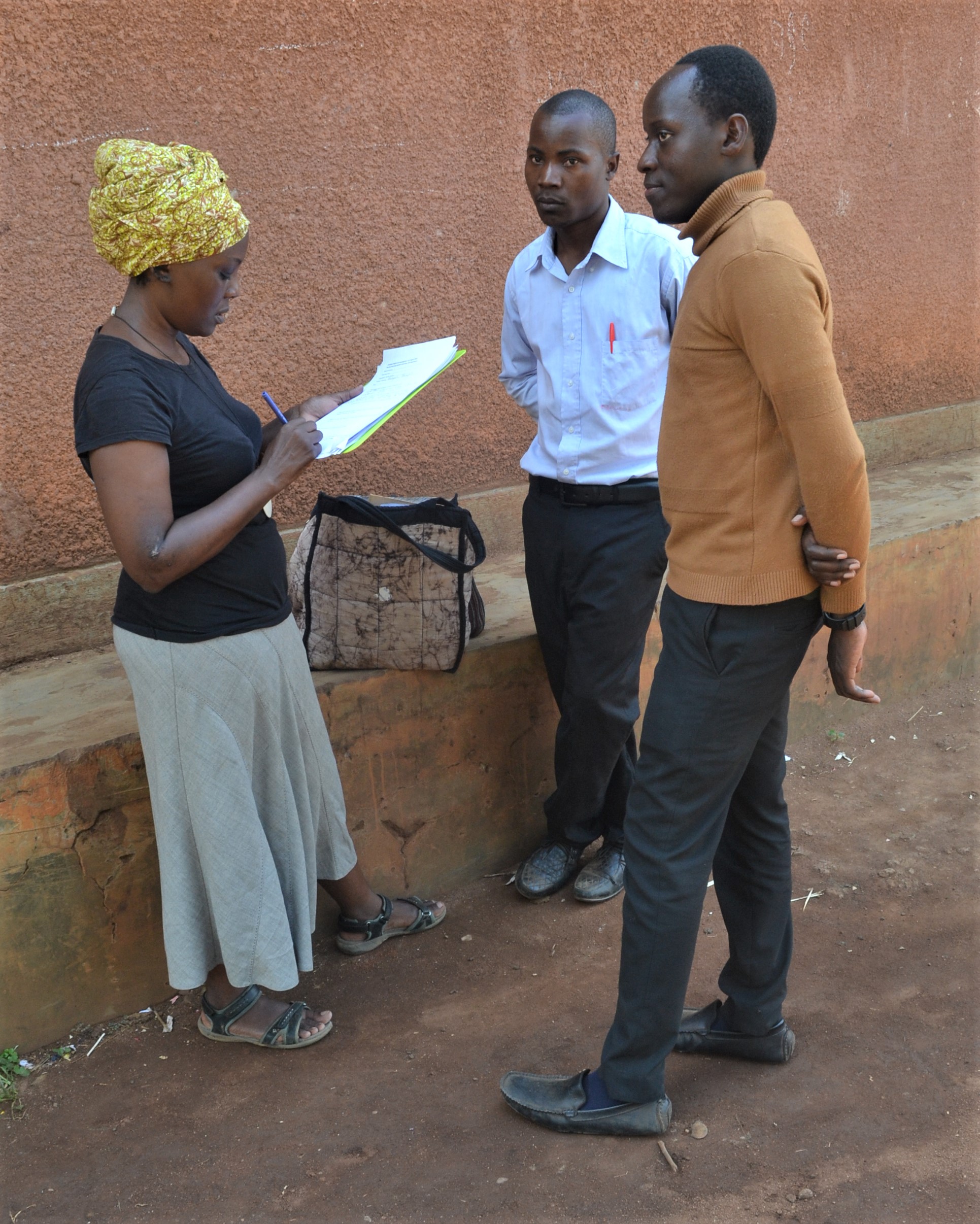 These classes would be held several hours each day, five days per week over six months.

Ultimately, the bridging program—which Trudell thinks may have potential in other similar refugee school situations elsewhere—will help expand refugee children’s possibilities for a better life, SIL’s aim in all its work.

“The idea is that these kids will walk into a classroom where English is the language of instruction, and they will be able to function as well as Ugandan pupils do,” explains Trudell. “It will also allow them to start moving with success into a 100% English language instructional environment, which in Uganda, is from Grade 4 on. So what we’re looking at is access to secondary school. And from there, who knows?

“These students are determined, adds Trudell.  “All you’ve got to do is give them the language tools and they will go far.”

* An  Education in Emergencies (EIE) Working Group in Uganda set up a language task team, which includes Save the Children, Norwegian Refugee Council, Windle Trust, and the United Nations Refugee Agency (UNHCR). EIE exists globally with more than 100 organizational and 800 individual members who are working together to ensure the right to education in emergencies and post-crisis reconstruction.

SIL is pleased that 2019 has been declared as International Year of Indigenous Languages (IYIL) by the United Nations. For us, every year is a year of languages. That’s because researching, revitalizing and promoting the use of lesser-known languages is at the heart of who we are and what we have been doing for the past 85 years. This article is one in a series that explains SIL’s work as it relates to key themes of IYIL.