One hundred years of partnership: SIL retraces its historic beginnings and the allies that made it all possible

A century ago, 21-year-old William Cameron Townsend, who would come to found SIL 15 years later, began studying the local Kaqchikel language of Guatemala. This decision to learn Kaqchikel was formed after he realized the many ways in which the community faced exclusion from daily opportunities for a better life due to language barriers. Over the last 100 years, this work that began alongside the Kaqchikel has expanded into multiple organizations and collaboration with thousands of communities worldwide. In November, representatives from SIL, the local community and many organization partners gathered in Antigua, Guatemala to celebrate this important milestone in the history of our shared language development efforts. The recent event celebrated the expansive growth of language development efforts that followed after Townsend started working in Kaqchikel. It was also a time to emphasize the importance of partnership, which continues to make these efforts successful. During a time of reflection, members of the organizations in attendance added their agency’s name to a wall-mounted timeline that was quickly covered in a colorful mural of logos. Another significant part of the program included local leaders sharing reports on projects and initiatives in which the community had assumed ownership and are now leading ongoing work. 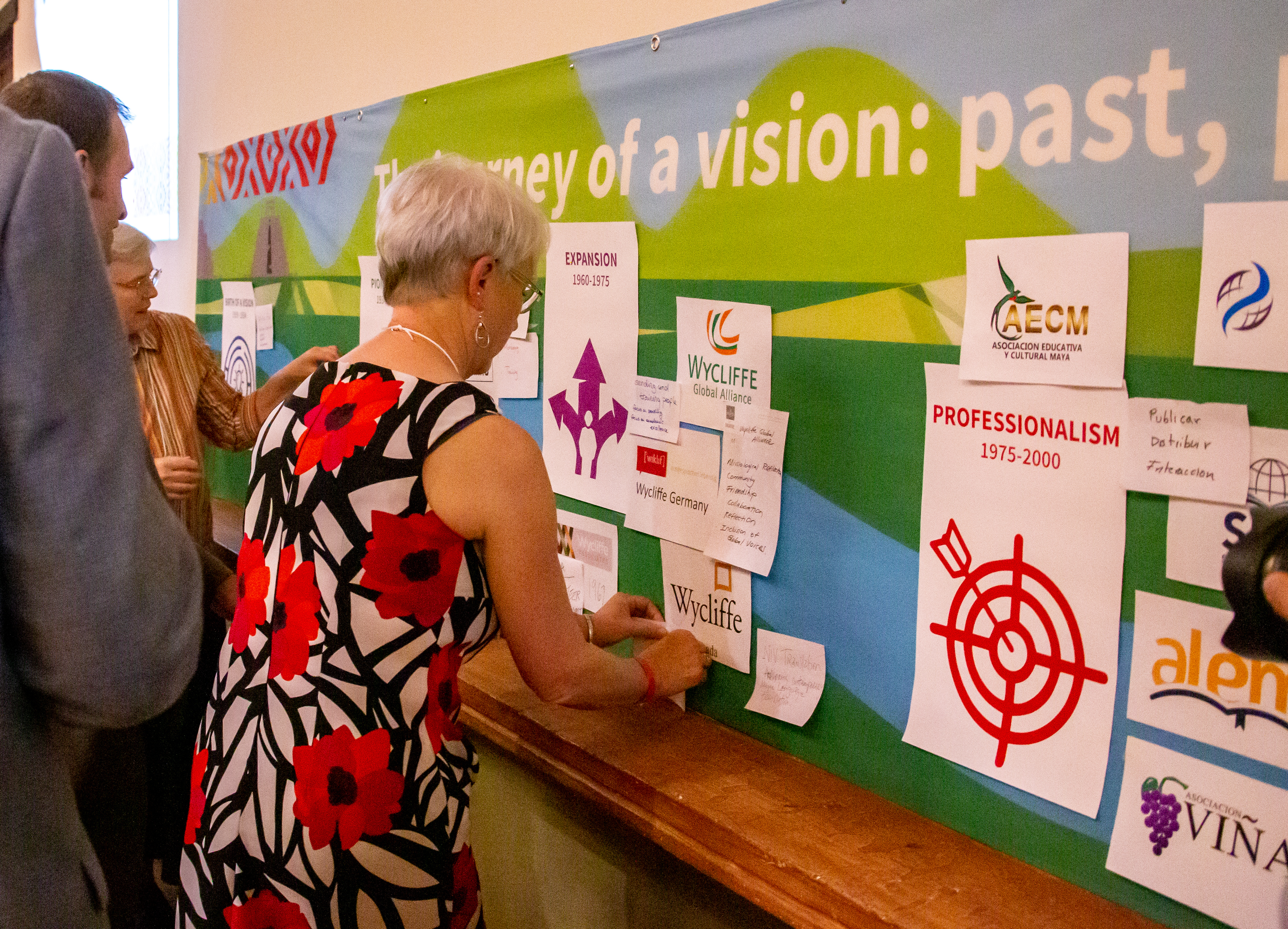 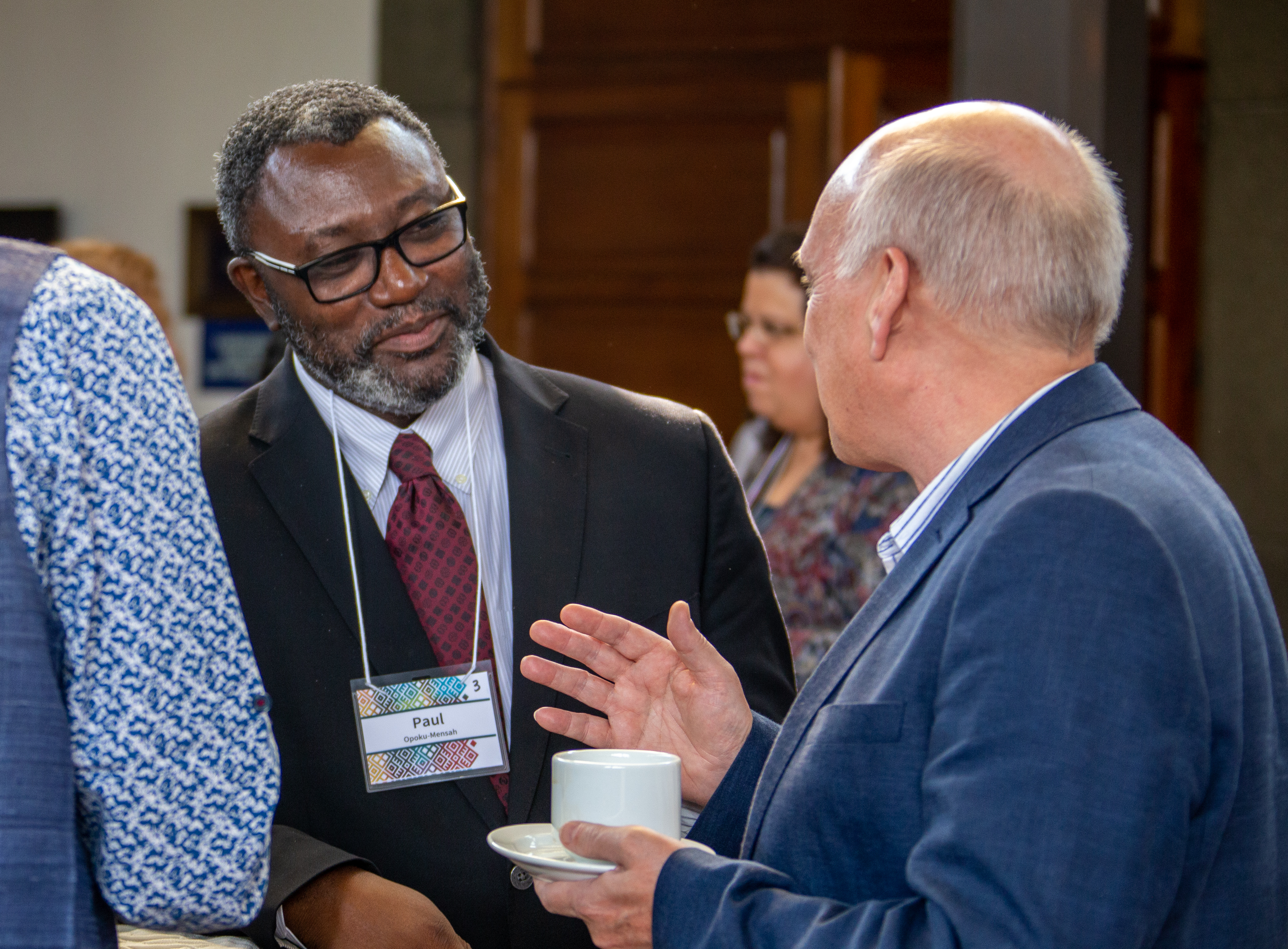 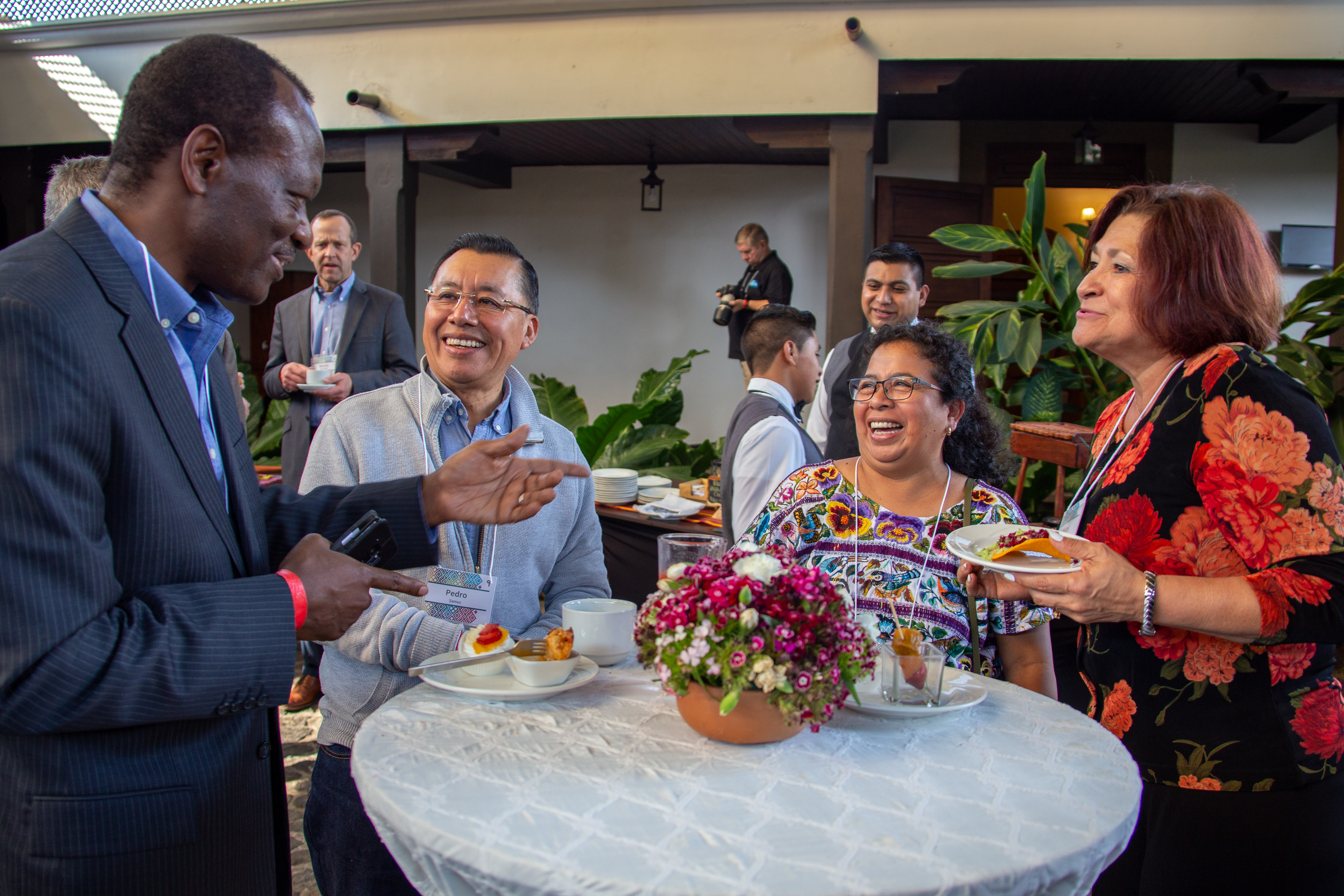 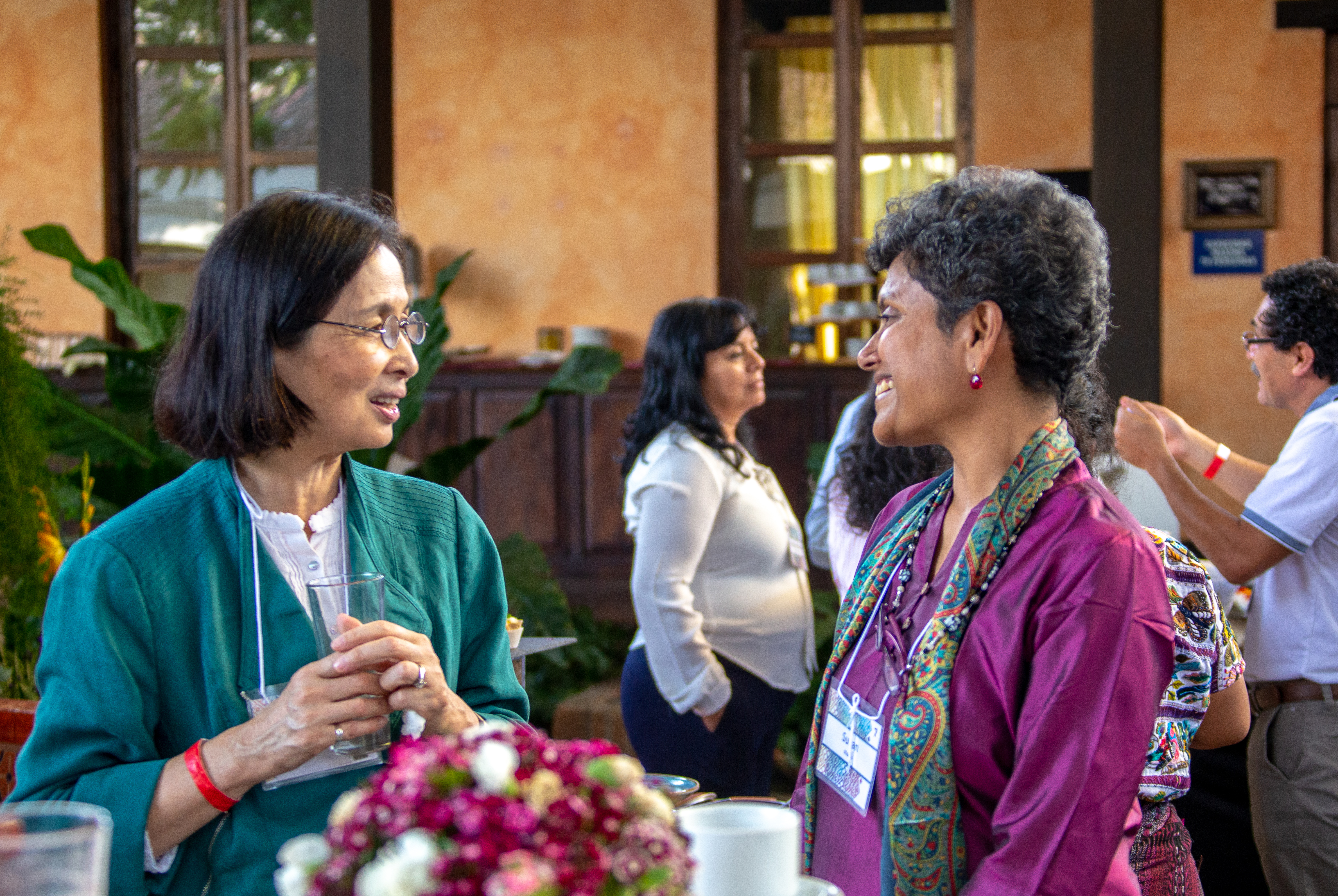 (Above left and center) Agency partners add their logos to the celebration timeline. | (Above right, below) Event attendees converse together after a day of reflection. (Click to enlarge) 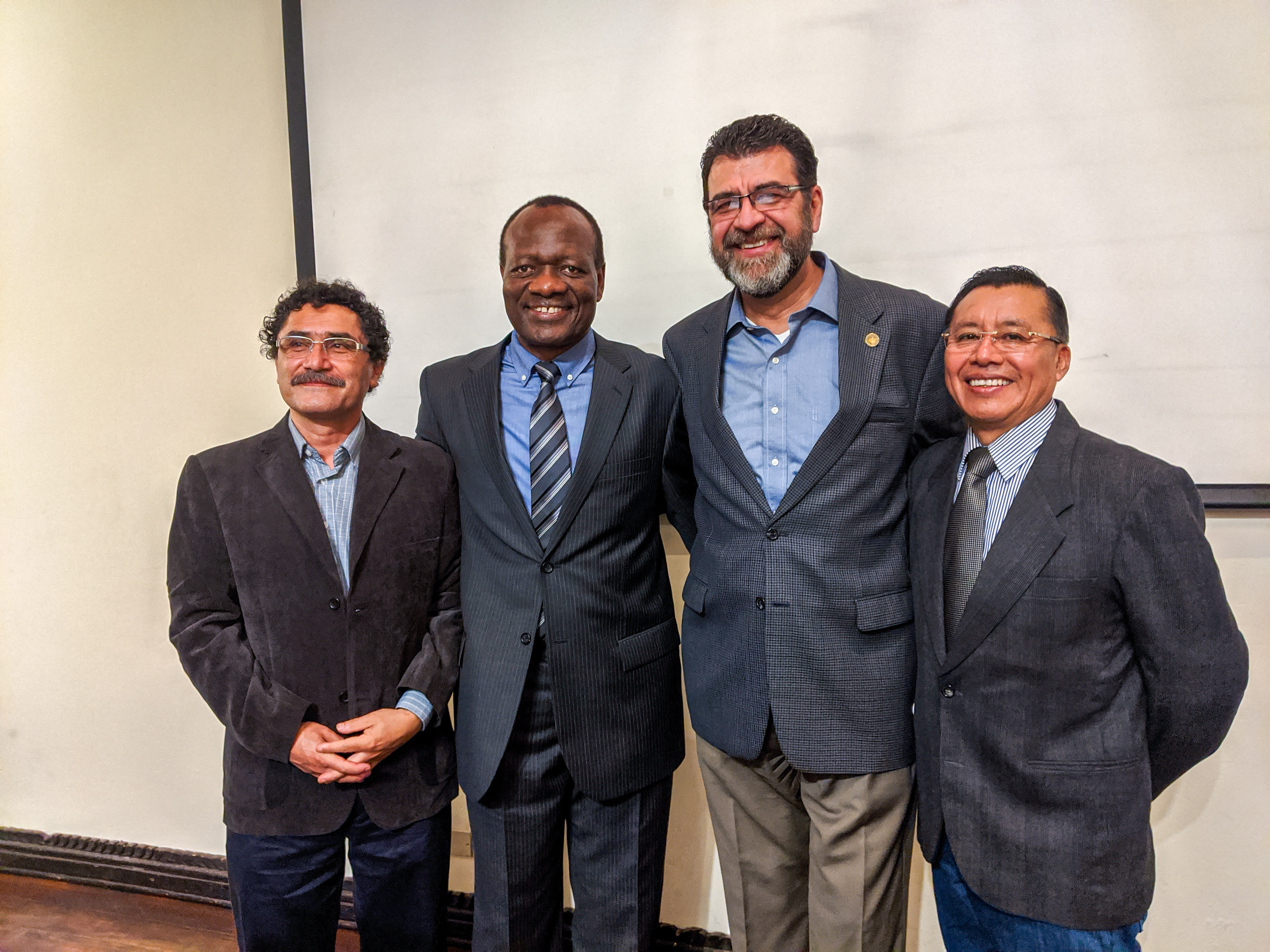 During this community-response portion, José Abel de la Cruz (pictured right, far left), Executive Director of Viña Studios in Guatemala, outlined the scope of his organization, which produced the first videos in the Kaqchikel language. With the success of its national work, Viña has since grown to collaborate with organizations in Asia, Africa, America and Europe to produce videos in other local languages.

De la Cruz finished his presentation by asking Grace Townsend-Goreth, Townsend’s daughter, to join him at the front of the room:

“In conclusion, I would symbolically like to invite Uncle Cam’s daughter, and I want to give her this. It is a USB with ten episodes of “Little Fingers” (a children’s series using finger puppets) on it, which was started in Kaqchikel and is now going back to English. It is such a pleasure for me to give this to you.”

Grace Townsend-Goreth gladly accepted the gift which notably demonstrates how her father’s work alongside the local people he valued has now come full-circle. 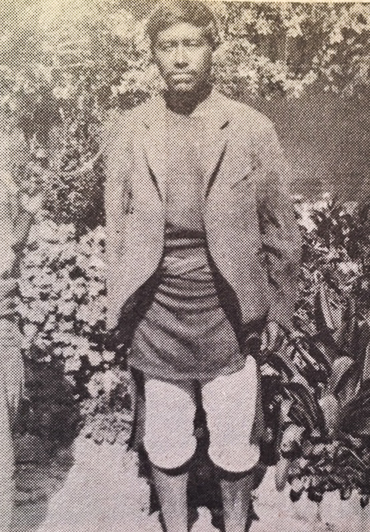 It was the local people’s influence, particularly that of Townsend’s guide and companion, Francisco "Frisco" Díaz (pictured left), which set a precedent for the model, vision and mission of the organization that Townsend would establish. Frisco welcomed Townsend and became a bridge into the community, as well as a friend and mentor. His open-handed kindness greatly inspired “Uncle Cam,” as Townsend came to be known. In his personal journal, Townsend noted:

“I often marvel at how God has used Frisco, a . . . man who has lived all his life in a society that makes it a practice to taunt and oppress the Indian*. . . they being considered only an animal. With all he has had to endure, God has taken Frisco and made him into a loving, caring man who takes responsibility for his own decisions . . . .”

Frisco’s decision to invite Townsend into local community life forged an illustrative partnership. Their partnership established a strong relational emphasis that has formed the model for generations of SIL linguists. This includes adopting a readiness to work in tandem with communities as they identify their own needs and define their unique development goals. Additionally, Frisco’s companionship and the isolation imposed by the difficult terrain afforded Townsend many unique opportunities to experience daily life and culture from an indigenous point of view. In his own words, Frisco explained to Townsend (pictured right) the major challenges his people faced. These extended beyond just spiritual areas into linguistic and socio-economic barriers that restrict people’s opportunities to thrive. This revelation had a deep impact on Townsend which would significantly influence his linguistic pursuits for years to come. Pioneering language solutions to address these three areas has since expanded into the holistic mission of SIL today.

As we look ahead to the next 100 years, SIL will continue innovating ways to overcome language challenges and provide resources that expand opportunities for communities to flourish while honoring the model of community-based partnership from which SIL’s work originally began.

*In Townsend’s time, indigenous groups of the Americas were often referred to as “Indian(s),” though the term is considered inaccurate today.