"Cameron Townsend attempted so much and saw so many dreams realized in his lifetime," declared Kenneth L. Pike. He called them "dreams" but they were more on the order of hard-nosed intentions. One objective was to stimulate the study of every single minority language in the world not yet analyzed or recorded. Another was to enable every people group, wherever they were, to establish and control their own communal identities. Townsend saw tremendous progress toward accomplishing both goals in his lifetime.

One of his dreams, the Summer Institute of Linguistics (SIL), which he founded, has grown from a small summer linguistics training program with two students to a staff of over four thousand from over eighty-six countries of origin. SIL's linguistic investigation exceeds two thousand languages in over one hundred countries. 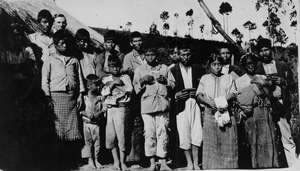 His contribution to the academic community and his encouragement to members of small ethnic groups to understand their own personal worth cannot be measured. The world of science along with a large segment of humanity owe great gratitude to Townsend.

SIL's commitment to see people flourishing using the languages they value most.