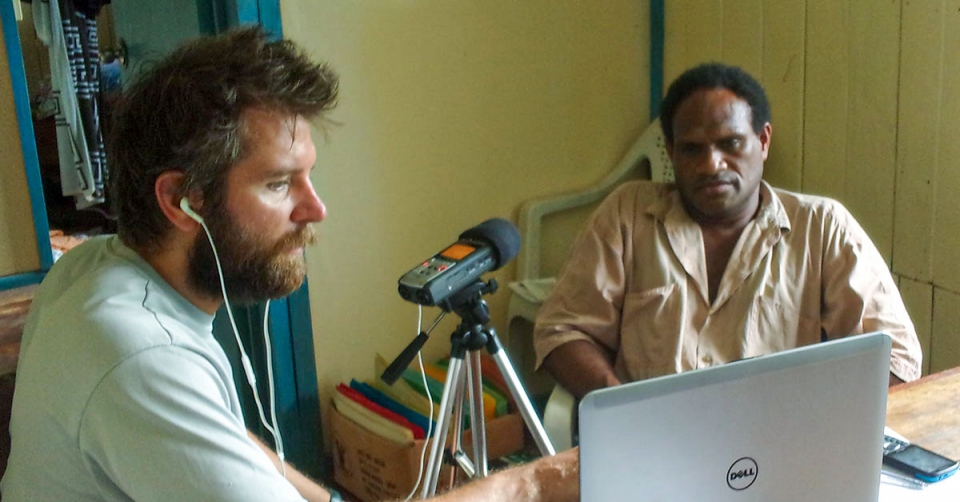 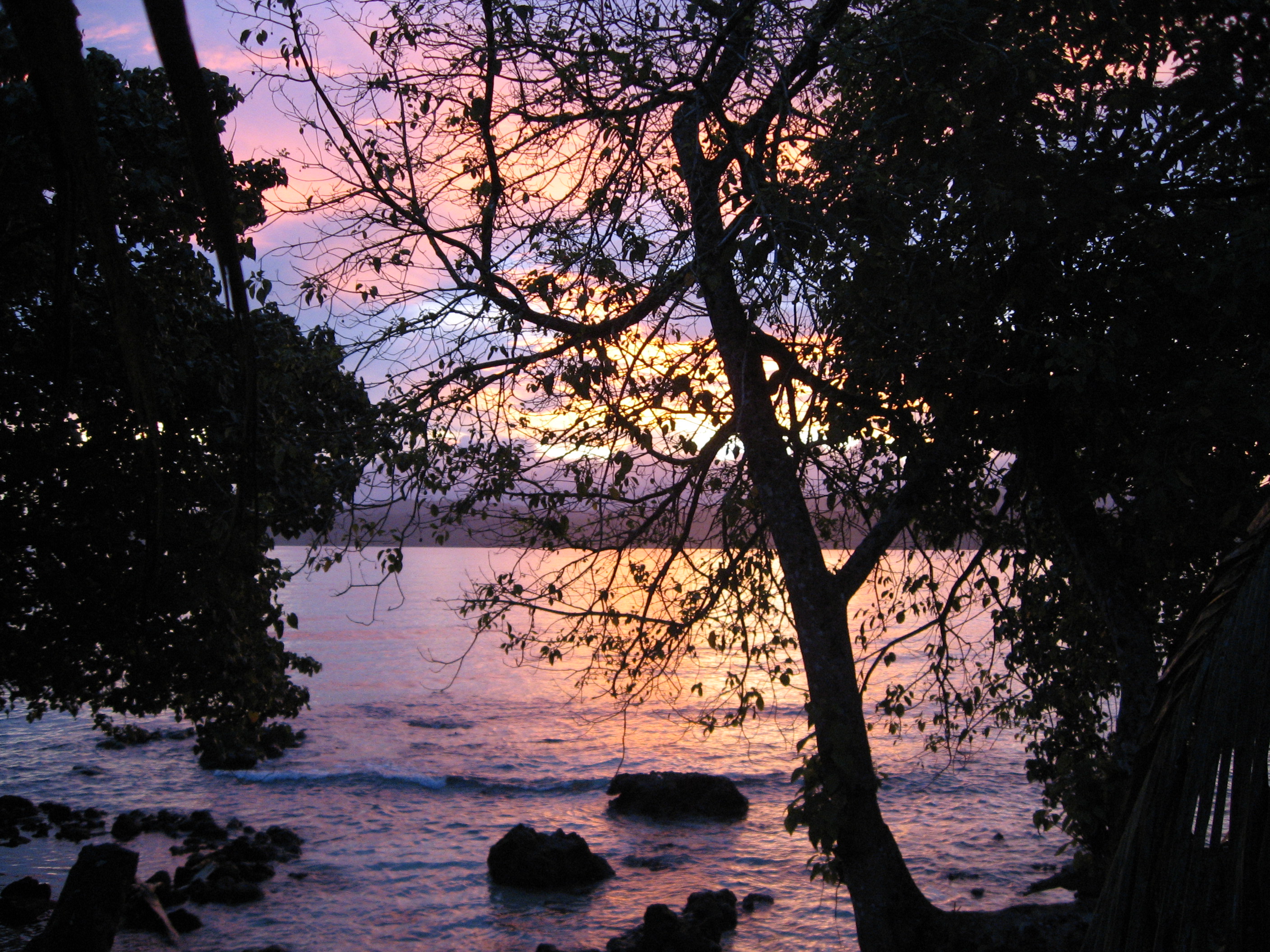 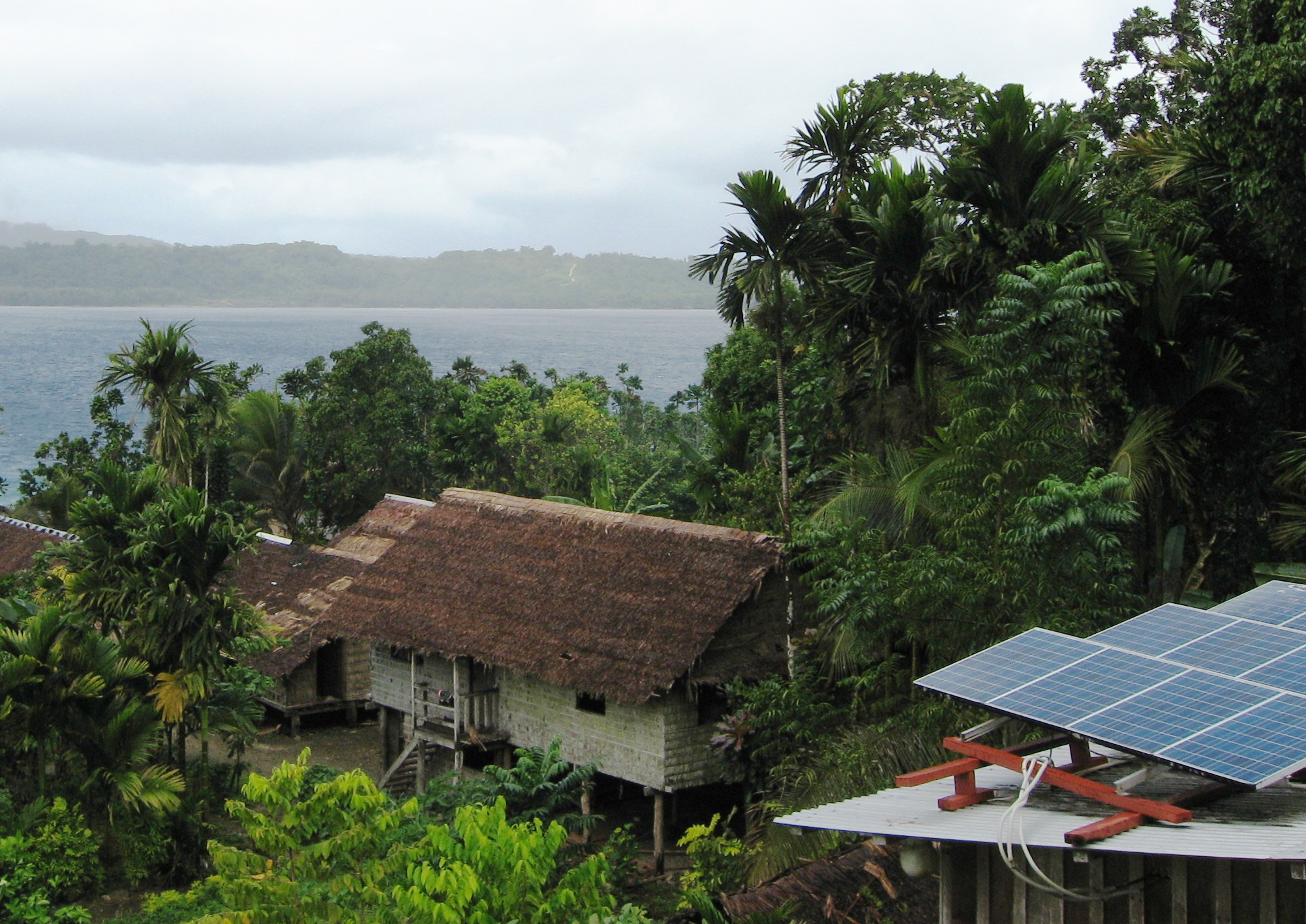 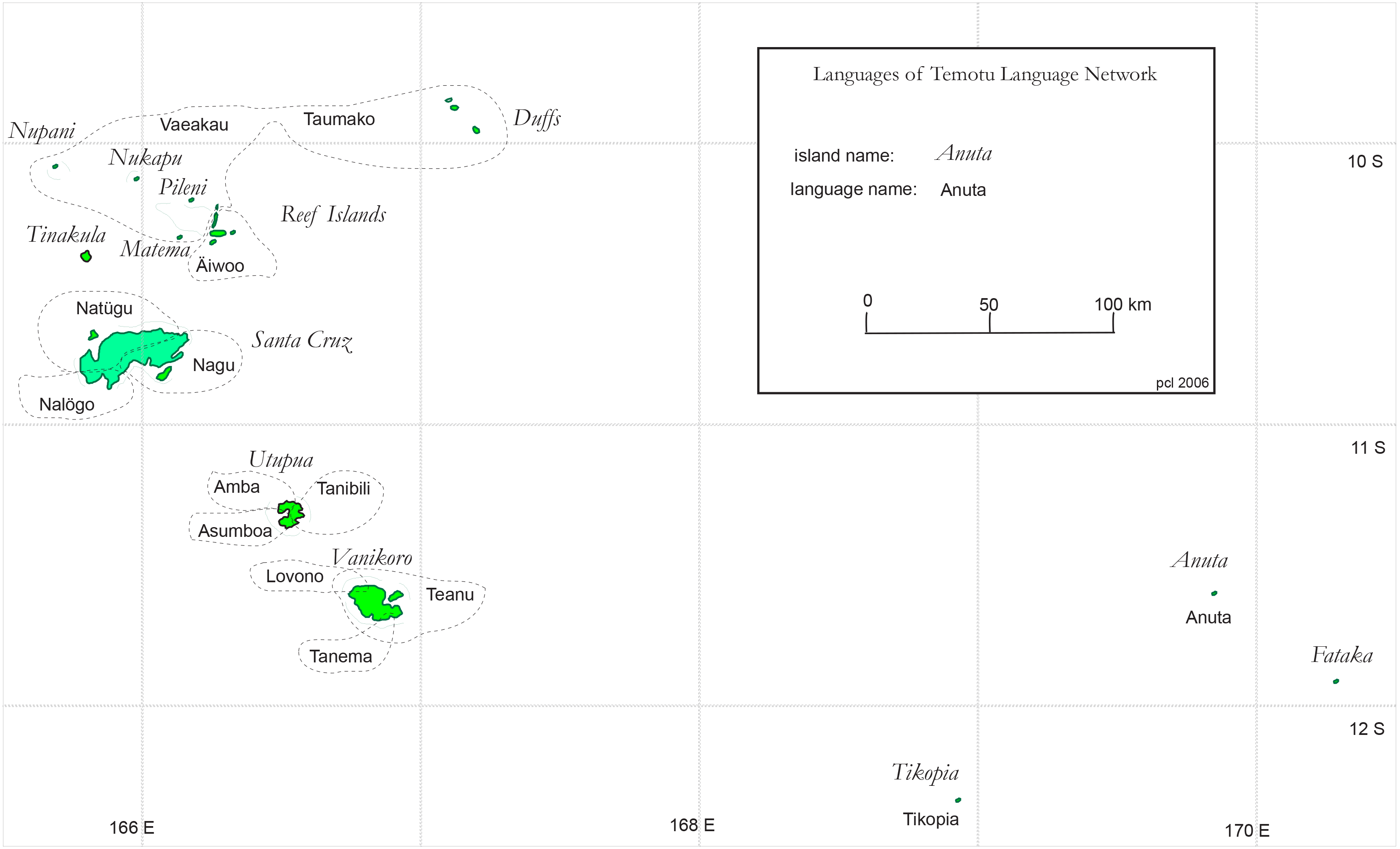 During their two months on Santa Cruz Island, team members participated in:

The Rapid Word Collection (RWC) workshop was held over a three-week period.  New words uncovered were added to the dictionary database. Nearly 8,600 new words were collected, bringing the total to over 12,000. The workshop involved nearly 30 of the 5,000 Natqgu speakers on the island. Dr. Boerger called on contacts made when she, her husband and 2 sons lived in the area for nearly 20 years. Participants were trained in the hierarchical arrangement of the word groups they would be investigating, i.e. Building > Wall > Floor > Door> Roof >Window. During one break, a debate broke out about how a garden plot is arranged and what its parts are called. 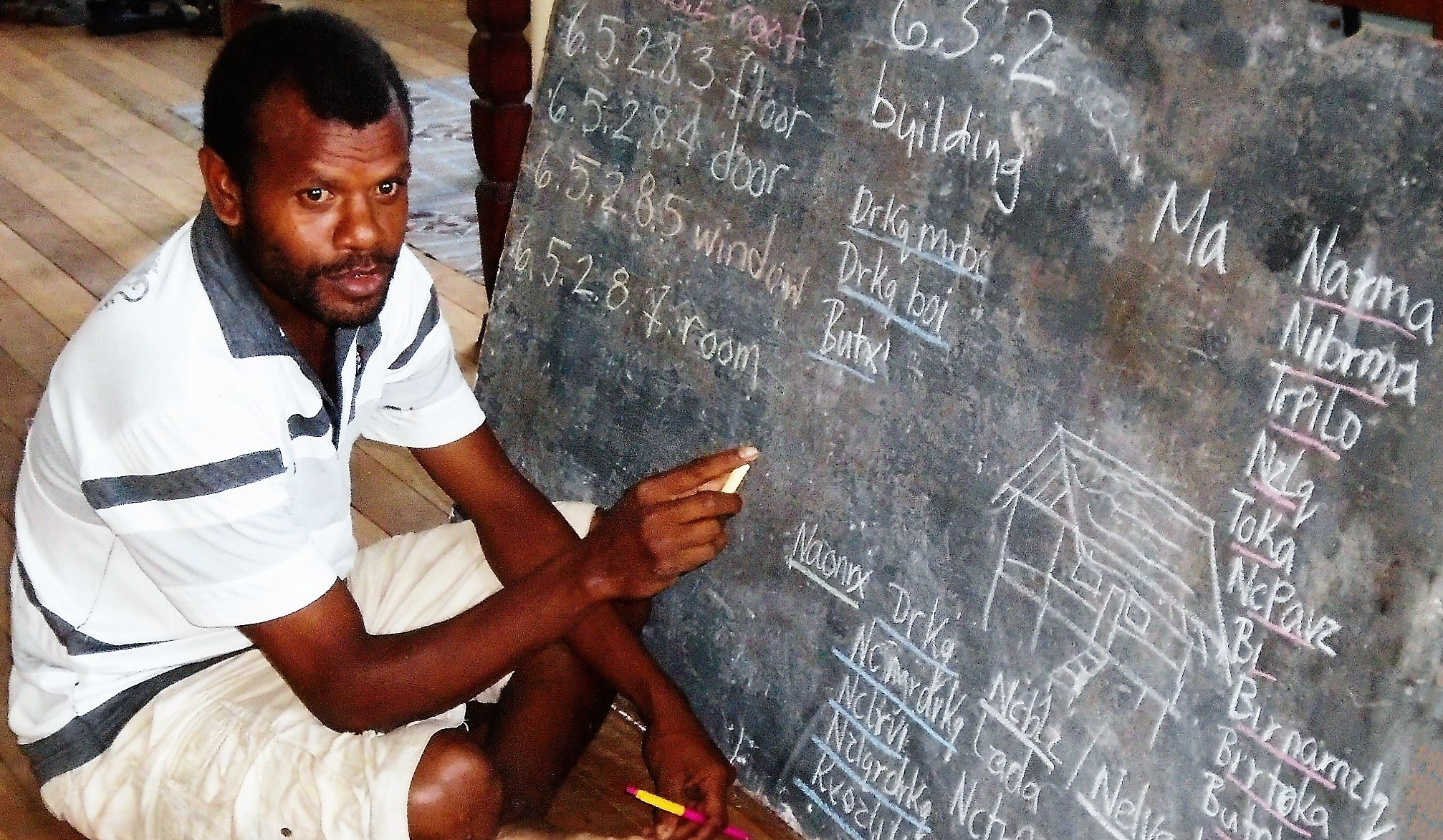 In their speeches at the closing feast, workshop participants acknowledged that they had contributed to the history of the island, the vitality of the language, and the future of sucessive generations. Some of them came to the workshop without knowing how to read or write in Natqgu. But thanks to one participant who taught others during morning and afternoon breaks, many left with an improved ability to read and write their language.

While annotating older “legacy” texts, the team came across 17 vocabulary words which were not yet in the dictionary database—even after the RWC workshop. They completed Basic Oral Language Documentation (BOLD) annotation procedures of 80% of audio files, recorded by people born in the first half of the 20th century. These stories give historical vignettes of what island life was like in earlier days, before written records were regularly kept, thereby providing a more permanent historical record.

Two team members and two speakers worked on kinship terms for nearly one week. By the end of that time, even the English-only speakers could guess somewhat accurately what a particular relationship should be called. In total, 74 Natqgu kinship terms were clarified. Only 16 of these had been previously collected. Cultures differ widely in how they categorize relationships. In Natqgu, five terms are necessary for talking about the brother, sister, and cousin relationships. Just imagine the confused look on a Natqgu speaker’s face if he were asked to give the word for ‘cousin!’ 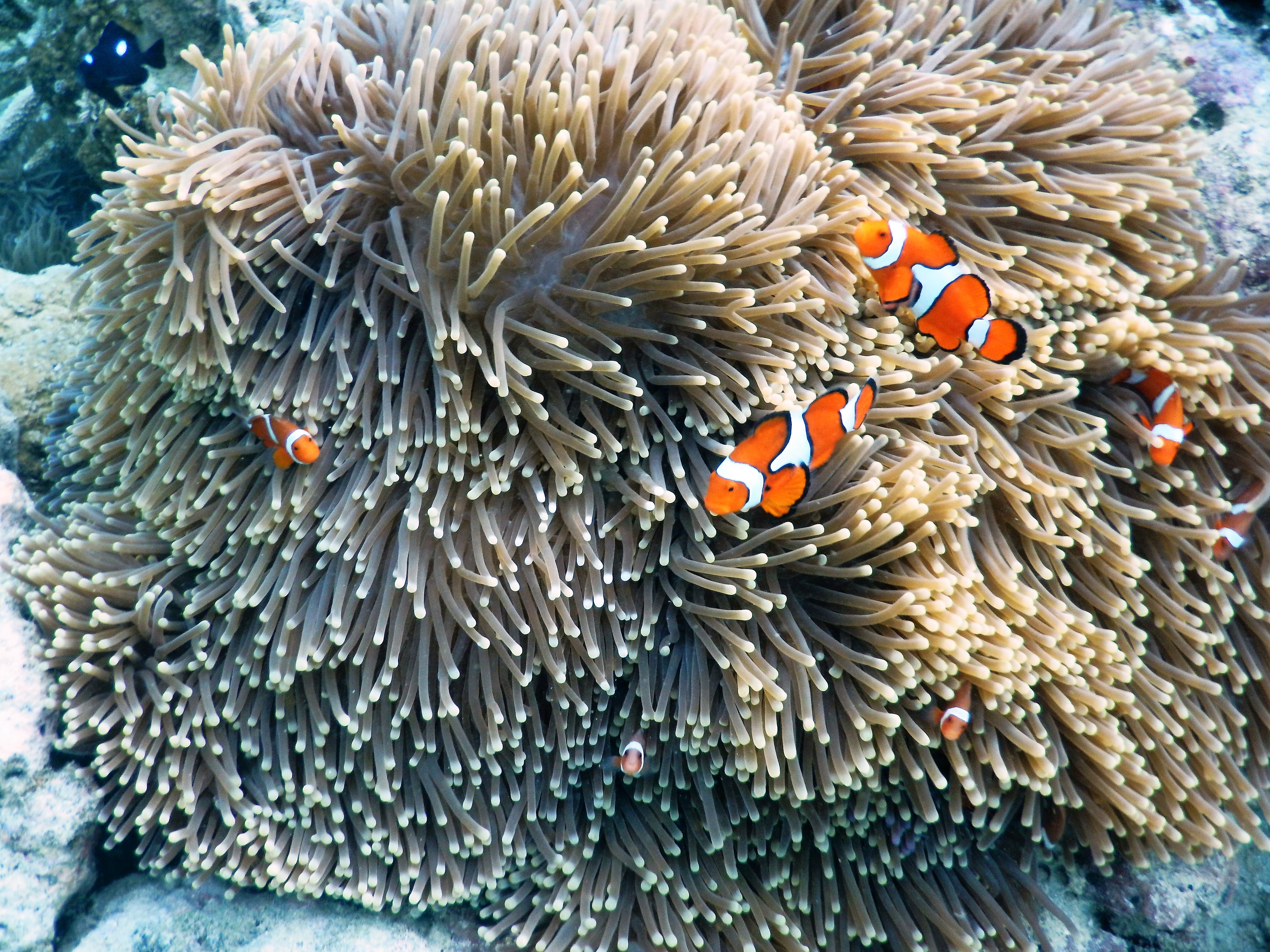 Another effort was to find as many fish names as possible. A Natqgu speaker and his partner from the team came up with 233 new fish and sea creature names. Previously, there had only been 33 names in the database. For some of the fish, information was collected about their habitats and uses. Documenting this traditional ecological knowledge (TEK) is important for a population living on an island and dependent on both sea and land resources. Here are two related entries from the dictionary that together tell part of a story:

The ethnobotany focus was on the trees of Santa Cruz. Previously, there were only 41 trees in the database, but following the RWC workshop and collection of samples, there were 273 tree names. Seven Natqgu speakers led four team members to collect tree specimens at four elevations and together they collected duplicate samples of 40 botanical items. The trees’ scientific names were later provided by the director of the Solomon Islands Herbarium and Botanical Gardens. One set of specimens is being held in Honiara.  The other set was sent to the Botanical Research Institute of Texas, where the US team completed one day of training prior to their fieldwork. Like the fish, trees are a critical part of the lives of people on Santa Cruz Island. Some of this TEK about characteristics and uses of trees is being lost, depriving future generations a key part of their cultural heritage . 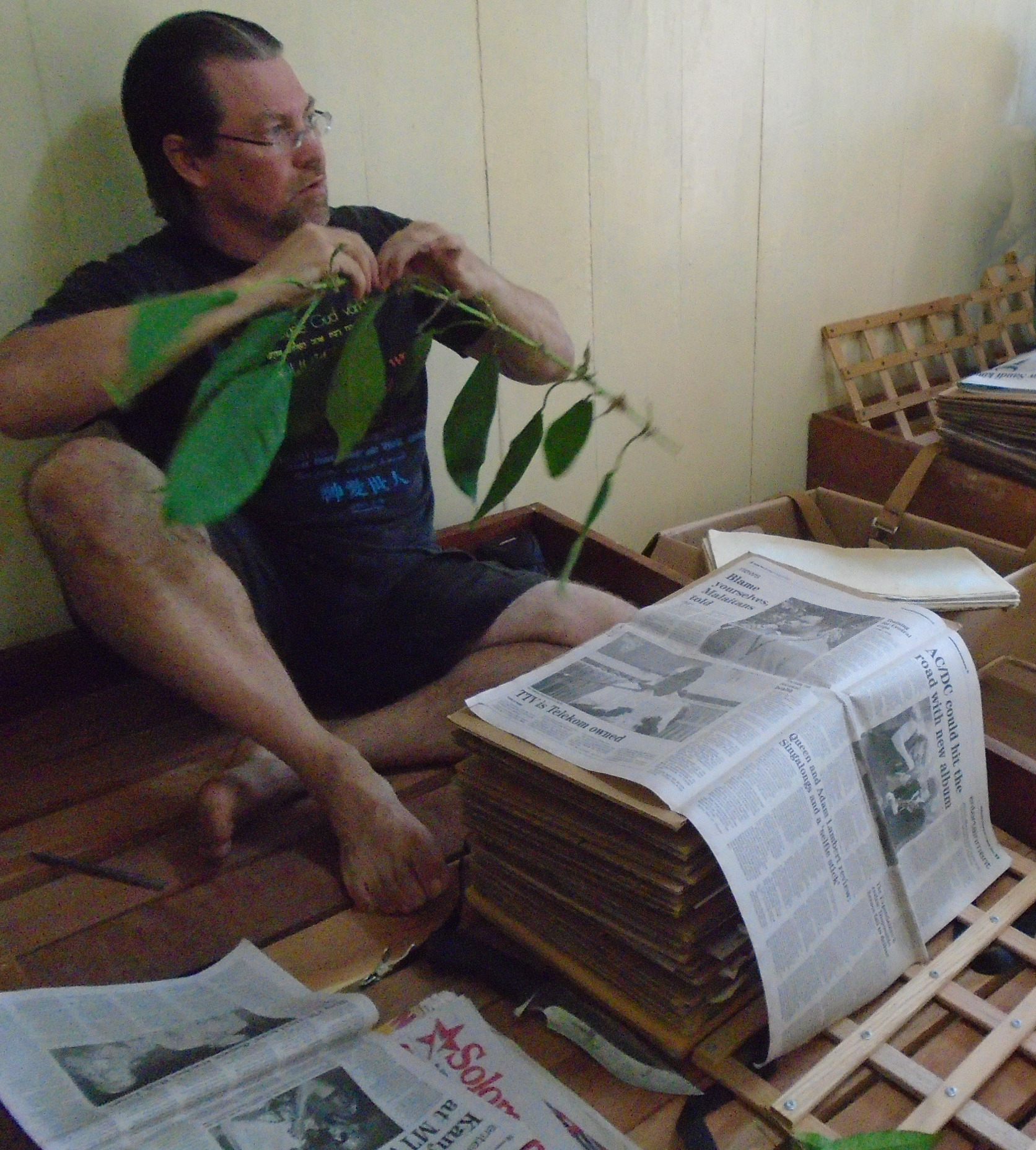 The final two areas of research relate to each other and to the ethnobotany focus. One intern did an independent study on the local, proprietary banana fiber weaving craft and was able to add 60 weaving terms to the database. Her term paper research has developed into her MA thesis topic at Dallas International University. The craft had nearly died out until it was revived by the craft master, Selwyn Balq, who became her instructor. Now, as a result of the intern’s work, the community has a written “how to” manual for making woven products, in addition to documentary video and photos. The main importance of this craft is that the breechclout woven in this manner is worn by the singer-dancer troop, which performs at a nelc dance.

The nelc dance reflects the identity of the speakers of the four related languages on the island. Another intern studied the dance and collected 25 dance terms to add to the database. He conducted interviews and made a photo documentation of the island’s dance rings—venues for the nelc dances. He also assisted with video documentation of several dances. 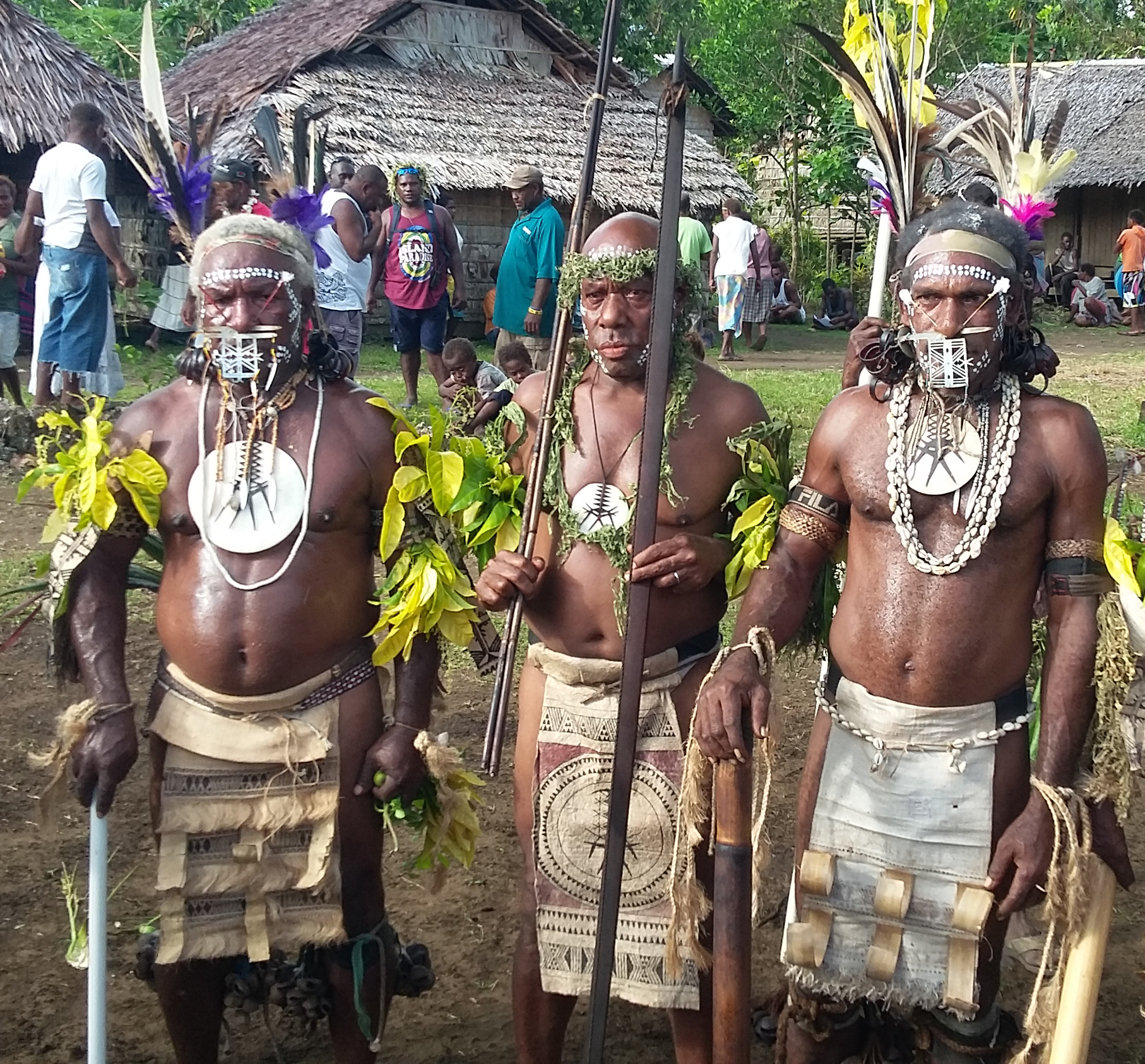 The team also found two unexpected opportunities. They were able to assist a graduate student doing fieldwork in Nalrgo/Nalögo, a closely related language. Furthermore, they came across a fourth language on Santa Cruz Island, called Noipx (or Noipä). Team members made audio recordings of a wordlist, transcribed the words, and applied for an ISO 639-3 code—[npx]—for the “new” language!  Click to hear some of the word list.

Overall, the communities were affirmed both linguistically and culturally, while the team members grew in their fieldwork and interpersonal competencies. In 2017, master weaver Selwyn Balq reported to team members that the team’s presence there in 2015 had stimulated renewed interest and pride in the languages and culture of the island, which continues to this day.

SIL is pleased that 2019 has been declared as International Year of Indigenous Languages (IYIL) by the United Nations. For us, every year is a year of languages. That’s because researching, revitalizing and promoting use of lesser-known languages is at the heart of who we are and what we have been doing for the past 85 years. This articleis one in a series that explains SIL’s work as it relates to key themes of IYIL.